John Dee and Edward Kelly‘s Sigillum Dei Aemeth (“The Seal of The True and Living God” – Aemeth is Hebrew for “truth”) consisted of two circles, a pentagram, and three heptagons, and is labelled with the Enochian names of God and the hierarchy of Enochian angels and archangels.

Although it is most commonly associated with Enochian magick, the sigil actually predates Dee, having first appeared in a 13th-century grimoire; it was later expanded upon by Athanasius Kircher.

The wax disk was placed in the centre of the Holy Table as a resting place for Kelly’s scrying stone and a smaller version was placed under each table leg.  In his diaries, Dee noted that it was the archangel Uriel who said, ““You must use a four-square Table, two cubits square: Whereupon must be set Sigillum Dei, which is already perfected in a book of thine.”

The British Museum holds several items once owned by Dee and associated with his scrying in the aeythers of Enochian magick.

How to find John Dee’s original Seals, Shewstone and Amulets at the British Museum: downstairs from the big food and gift shops hall, you’ll find the Enlightenment Gallery, they are in there. Enter the Enlightenment Gallery from the food/gift hall, go left about 20 yards, and you find them in a cabinet with other occult features just in from the back wall.  There’s a big seating bench right beside it. 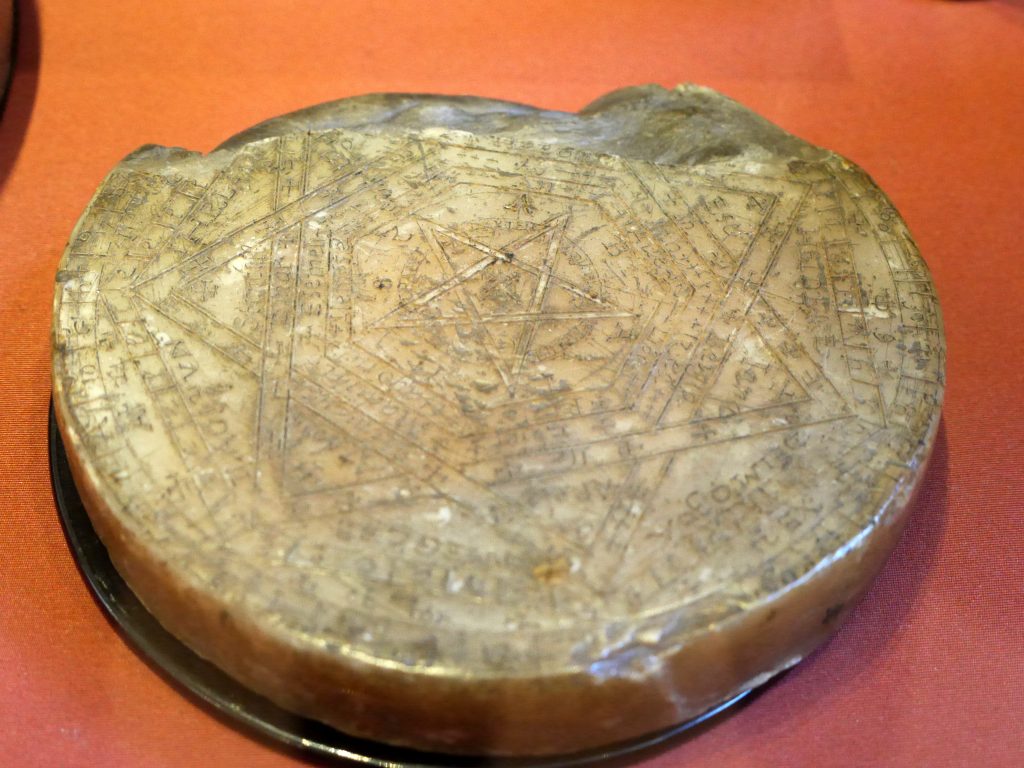 Pages About The Historia

The Body of Knowledge